... was founded in 1959 when Permian High School first opened its doors. Under the skillful direction of J.R. McEntyre, the program quickly gained a solid reputation for musical excellence that has endured for half a century. The Symphony Orchestra has received Sweepstakes at UIL Concert and Sightreading Contest for a consecutive 48 years! The Symphony, Philharmonic and Chamber Strings have each achieved individual success at festivals across the nation. Our groups have been named “Best in Class” and “Overall Outstanding Orchestra” at competitions in Arizona, California, Colorado, Florida, Georgia, Hawaii, Missouri, New Mexico, Oklahoma, and Texas. The Permian Symphony has been selected as the TMEA State Honor Orchestra twice; once in 1980, and again in 1984. The Symphony has also been invited to perform at the prestigious Midwest Clinic: An International Band and Orchestra Conference in December of 1985. The Permian Orchestra Program has had only five directors in its storied history: J.R. McEntyre (1959-1972), Charles Nail (1972-1989), Kathy Fishburn (1989-1999), David Golden (1999-2008) and now Todd Berridge and associate director Francisco Maia. 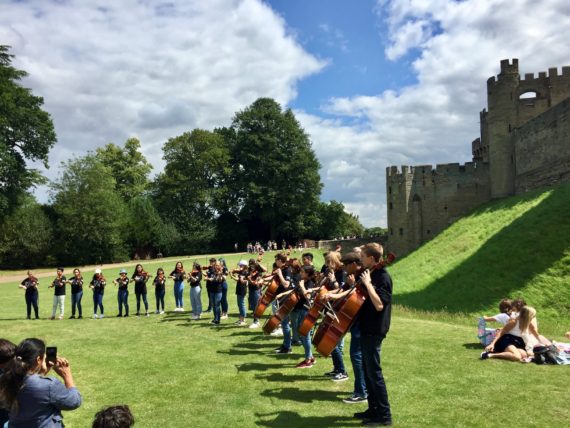