Before coming to Permian, Mr. Berridge’s orchestras, along with the entire Fine Arts Department at Flower Mound HS, won the prestigious GRAMMY® “Gold Signature” Award in 2005 & again in 2006. In December of 2007, The Flower Mound Chamber Orchestra was invited to perform at the 61st Annual Midwest Clinic in Chicago, Illinois. The Chamber Orchestra was the only Orchestra from Texas to perform at this prestigious International Music Conference. In February of 2012, Mr. Berridge was awarded the ECISD “World Class Leader in Education” Award. In 2007, he was named teacher of the Month for Flower Mound High School and has received the “Golden Apple” Award from the Lewisville I.S.D. for “Outstanding Service in Education”. In December of 2007, Mr. Berridge was selected to represent Texas as one of the “50 Directors who Make a Difference” for the School Band and Orchestra Magazine.

Lastly, Mr. Berridge is also listed in the 2005-2006, 2006-2007 & 2007-2008 “Who’s Who Among American Teachers”, an honor which means the most to Mr. Berridge, because he was nominated by a current or former student. Aside from music, Mr. Berridge loves to spend time with his family. He is happily married to Jessica, a 2nd Grade teacher at Buice Elementary, and they have two beautiful children; Natalie (19) and Luke (15). 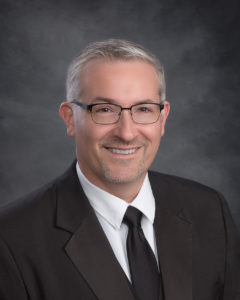 ​
Sally Pool is in her 27th year of teaching music and this is her 4th year as assistant orchestra director at Permian High School. Her responsibilities include team teaching and assisting with the Symphony Orchestra, the Philharmonic Orchestra, the Freshman Orchestra and Satin Strings.  Mrs. Pool also assists the middle school orchestra programs.  Mrs. Pool is an active adjudicator and member of TMAA.

Mrs. Pool grew up in Odessa where she was introduced to orchestra at Dowling Elementary with James Caddell, continued in orchestra at Bonham Junior High with Kathy Fishburn then on to Permian High School where she participated in both orchestra and band under the directorship of Kathy Fishburn and Charles Nail. Mrs. Pool also studied piano privately under the guidance of Ronald C. Bennett for twelve years.  Mrs. Pool attended Odessa College and The University of Texas at the Permian Basin where she studied piano with Dr. Jack Hendrix.  She graduated with a BA in music and history with a certification to teach music education K-12.

Mrs. Pool began her teaching career by teaching 5 years at the elementary level. Then she taught general music and beginning strings at Gonzales Elementary and later added handbells, piano and beginning band when she accepted an assignment to teach at Milam Fine Arts Magnet School.

For the next 18 years Mrs. Pool was the Director of Orchestras at Bonham Junior High.  Under the direction of Mrs. Pool the Bonham Orchestras consistently earned Superior ratings at the University Interscholastic League Concert and Sight Reading Contest as well as Solo and Ensemble Contests.  The Bonham Orchestra was also awarded “First Division”, “Best in Class” and “Best Overall” in various Director’s Choice Competitions.  In 2005-2006 school year Mrs. Pool was awarded the Region 18 Teacher of the Year.

Most importantly, Mrs. Pool is married to Joseph Pool who also teaches at Permian High School.  Together they have six children, 3 daughter’s in-law, 6 grandchildren and 2 poodles. 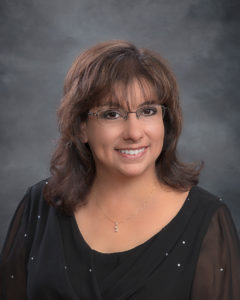